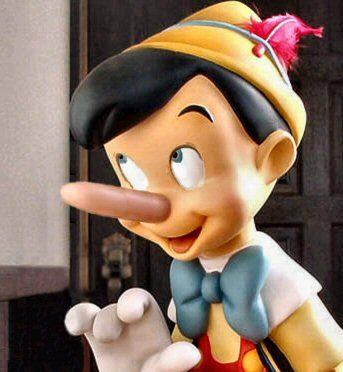 While judges continue to award themselves immunity for crimes committed from the bench, the “opinions” they are using to do so are outdated,  false and do not represent the intent of Congress.  Many of those cases are like a game of whisper down the lane, concluding that “a judge cannot be sued for anything done from the bench. “

As you can see below on Pages 36-37, from the Congressional transcript that amended 42 USC 1983, the legislators did NOT give unequivocal immunity to all these charlatans. Its the very first line; it says “this does not give judges absolute immunity.” AND EVEN IF THEY HAVE IMMUNITY YOU ARE DUE A  REMEDY FOR DAMAGES: READ THIS  SUPREME COURT CASE.

In fact, every piece of case law these crooks are using to vindicate themselves, twists the actual wording just enough to be  adverse to the true statute, which is clear they are NOT  immune for everything done from the bench, nor does it mean their victims have no right to restitution.

Of course since that amendment, it is not only amazing, but statistically impossible that no judge has ever been found by one of his cronies to have exceeded their jurisdiction, and thats because they are deliberately lying about the intent of the law.

Since the 1960s, cases such as Bradley v Fisher and Stump v. Sparkman have been used to weasel out of robbing people of their assets and taking bribes, but they all became invalid in 1995-96, when Congress clarified the extent of liability.  Yet judges continue to use those cases when they have ZERO authority.

Read the transcript below for yourself- starting on P. 36.  It says judges are liable if they exceed their jurisdiction, EVEN IF its done from the bench. Its a slight twist of semantics that has consistently been abused by Judicial fraudsters. The problem still lies in judges being the ones to decide what is within their jurisdiction. That is why we have jury trials, except no judge has ever allowed another judge to be subjected to one.

For example, a federal lawsuit against Montgomery County Judge Richard Haaz alleged that Pennsylvania Constitution prohibits jurisdiction of judges over the right to jury trial. There really was no defense for Haaz, but a Federal Fraudster named Paul Diamond dismissed the claim. Diamond also acted therefore in excess of his jurisdiction, in dismissing a case as a favor to another judge.

If  you have suffered damages from the conduct of a judge, and declaratory relief is unavailable, federal law holds that if the States do not provide for a remedy for damages from public corruption- than you can use federal law. (See Parratt v. Taylor. 527 (1981)

But how do we enforce the law?  It seems that an example needs to be made by invoking the Second Amendment, because we cannot vote out life time appointed criminals.

YOU CAN SUE A JUDGE. And use the term “judicial criminality” not corruption.   ENJOY and start tearing these mobsters in black robes a new asshole!  Site the Congression transcript!