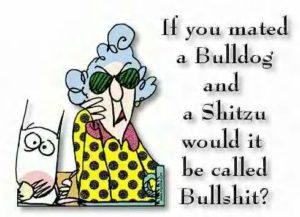 NOT DEPENDENT UPON THE GOVERNMENT TO PRACTICE LAW?

The below excerpt is from the Preamble of the Rules of Professional Conduct for Lawyers.  It was taken from the rules in Pennsylvania, however, it is derived from the American Bar Association’s national rules,  that controls all of the country’s bar associations. It claims that the Judicial System is not dependent upon the government for the right to practice law.  This is beyond unconstitutional, a lawless statement and it is unbelievable that it has gone unchallenged for decades.

[11] To the extent that lawyers meet the obligations of their professional calling, the occasion for government regulation is obviated. Self-regulation also helps maintain the legal profession’s independence from government domination. An independent legal profession is an important force in preserving government under law, for abuse of legal authority is more readily challenged by a profession whose members are not dependent on government for the right to practice.

This needs to be challenged immediately by the executive branch of our federal government and stricken immediately. There is no dispute that this is non-democratic and in violation of every principle that supports equal treatment under the law, and is what is fueling the collapse the integrity of our government.

MORE FODDER FROM THEIR RULES

These rules are an abomination.  Here they declare they do not have to even follow their own rules.  This entire set of “rules” was set in place without the “consent of the governed,” without legislation – and it is the most crucial part of our government.  We are a sinking ship because of this.

[19] Violation of a Rule should not itself give rise to a cause of action against a lawyer nor should it create any presumption in such a case that a legal duty has been breached. In addition, violation of a Rule does not necessarily warrant any other nondisciplinary remedy, such as disqualification of a lawyer in pending litigation.

Because of this cult-like environment, the Innocence Project has had approximately 400 innocent people released from prison, and thousands of children were falsely imprisoned in Luzerne County, PA.  Lawyers have used this “independence” to lie, cheat and steal-they have been supported and encouraged  with the complicity of Judges who rely on them for campaign funds.  In researching campaign financing, it is found that the majority of all money comes from law firms and lawyers.